So, I've heard the very earliest stirrings of rumors that USPS stamp prices are going to be going up to 41 cents somewhere in 2006. And that makes me so angry. Not only is it a pain in the ass to have to add all those extra stamps during the rollover, but they have got to stop discouraging people more & more from using snail mail!! It's gotten bad enough already - and I understand that email is probably really bad for business, but those of us who are still diehard letter-writers are really starting to suffer, and it sucks. I'm probably single-handedly supporting at least one postal worker in the US with the amount of mail I post each year, and yet I'm still the one being punished. =\ Don't worry; unless they start charging $8 per stamp or something, I'll stick around. But, definitely under duress. I mean, I've already entirely stopped using paper bills, and pay everything online...dammit, maybe I'm helping cause that raise in prices. Oops, but still. They're just slowly gnawing off the damn hand that feeds them. 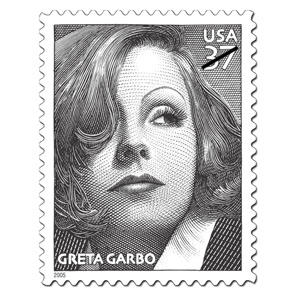 Meanwhile, though, on a much better note, the USPS has been coming out with some great new stamps recently! They've had good Disney ones for a while, but have recently added a commemorative Greta Garbo stamp, as well as the truly fantastic Jim Henson collection! Check 'em out. 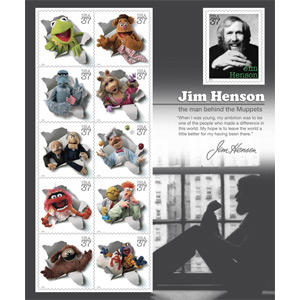 They also have a holidy cookies collection, too - how very odd. But fun.