Really, not much to say right now, which is why I've been bad at posting (isn't that always the story?? heh). I am also on my other computer and I don't love the keyboard on this one, so I probably won't stick with this entry long. Just kind of wanted to say hi. I'm also still really exhausted from this weekend, as Dan wanted me to accompany him down to DC for the IMF/World Bank protests...which we left for at 3am on Saturday morning! We made that decision while we were still up at 2...what a crazy weekend. I don't really feel like I had one! But, I'm glad I went.

Friday itself we spent making mate' (that's supposed to be an accent aigu - I only know how to describe it in French - but I can't type it, so that's my version of it) in our newly-prepared gourds and bombillas that Dan had ordered a few days prior. (The package arrived in the mail the day after my lockboxes did, and the UPS guy told me the neighbors were starting to talk...he's hilarious). I'll take a photo of my gourd soon and post it up here, they're really neat. 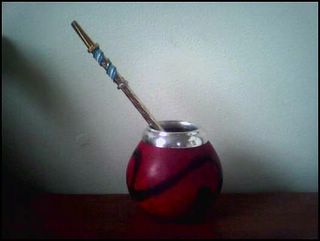 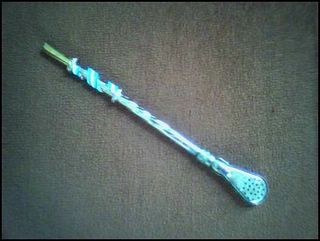 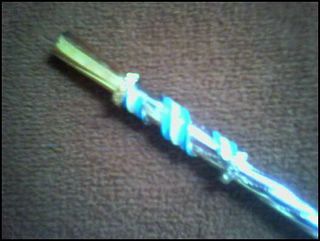 In other news, I'm still trying to clear everything up with my insurance - the other day I got a phone call from the collection agency that I thought I had cleared stuff up with over a month ago! Grr. So I am still trying to sort all that out without ruining my otherwise excellent (I think) credit - cross your fingers for me! :(

My housemate and I are back on better terms these days, I think, which makes me very happy. We used to be very good friends! But we kind of had a falling-out. The other day he helped me with my smoke detector that was going off, though, so we've talked a lot more lately. I'm so glad. He's a good guy! We just were treading on eggshells for a while there...

Haven't watched as many movies lately as usual, but the other night we watched The French Connection, which I accurately remembered as being very convoluted and slow and kind of hard to follow. Dan and I don't really see why that movie is supposed to have the best chase scene ever...I for some reason remember it being much more thrilling the first time I watched it. Oh, well.

And then we watched Medium Cool last night, too, which I ended up falling asleep during, I was so frustrated with myself! I really wanted to watch it, but I just was so tired from this past weekend, I think. Ugh.

Well, this keyboard is sufficiently frustrating the hell out of me by now, so I'm gonna go for now. Maybe more later, when I turn one of my other computers on. <3

TITLE: Rule of the Bone