Hey everyone, I hope you guys had a good holiday weekend! Whatever you celebrated. :)

I had been meaning to post this much earlier, but I wasn't near any computers that I could do this on until now. I received this Easter email sometime last year (I think it was from my Dad) and had all planned on sending it out as an Easter email this year, because I think it's adorable. 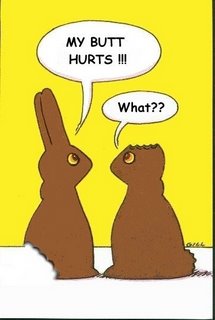 But, lo and behold, check out the picture I received from Renee on Saturday! 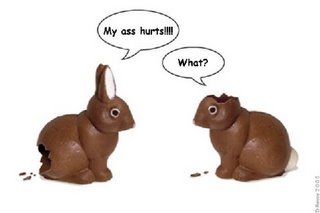 It's okay, because like I said, I wasn't really on a computer much this weekend, and thus probably wouldn't have managed to send it out. I find it more oddly coincidental & amusing than anything else!

I will write more soon, but for now I have to get settled back in, after a weekend in CT! xoxo