Let's see...I feel like I have a lot of catching up to do, but not much time to do it in! Nothing too exciting to relate, really, though - so if you just feel like skipping this entry, I won't really feel all that hurt. Really. :)

Friday around noon, I got to meet up with my friend Christine for lunch - that girl just clean rocks my socks. She was "The OTHER Female Computer Science Major" with me at Vassar, and ever since we got over our sophomore-year rivalry (tied for the two highest grades on the CS102 midterm! who did that bitch think she was?), we've pretty much been inseperable ever since. Well, except for the fact that, until September 1, we never lived anywhere near each other! Haha. But really, I couldn't have survived Computer Science (nor any of my other college dramas) without that girl. But, I digress: so, we got to meet up for lunch because she now works down the street from me (new job)! We raced through the rain to meet each other at Quincy Market (our halfway point), then decided we didn't want to stick around, elbow-to-elbow with tourists, so we ended up eating at the Finagle down the street, which was really yum. I had the tuna melt with avocado, but on a wrap this time, which I thought was the best choice - last time the roll I chose wasn't very easy to eat!

Anyway, then Friday night I got to eat out again...this time at my sister's, though. We were very-belatedly celebrating our old housemate's birthday, which was back in mid-September! But it was really nice to see Tara again, and for the 3 of us to get a chance to catch up on everything. Bethany (with a bit of my help) cooked some amazing raspberry chicken, and I had brought over Bova cupcakes (which we lit candles in) for dessert! Mmmm...what with the bread, salad, squash, and vanilla Tootsie Rolls (my favorite! special edition!), we were quite stuffed, needless to say... 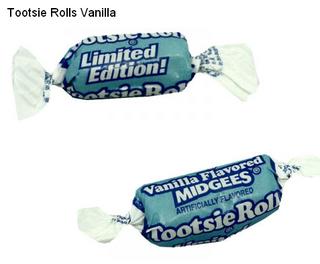 Saturday morning I woke up early and tried to clean (or at least tidy up a bit), since Dan's sister and my parents were going to be visiting our apartment that day! Dan & I headed out to pick Barb up from the bus station around 10 o'clock, and then we came back to the apartment to hang out for a bit. I got to see some pictures from Dan's mom's wedding, which really turned out great! Everyone looked so good. :)

As loath as we all were to leave the apartment because of the pouring rain, we did go out a few times, to pick up my new AG jeans (belated birthday present from Danny!) from the mall, and to meet my parents where they had parked, so I could grab all the things they had brought up from CT for me (mostly clothes I had failed to pack in August). My mom & dad got to see my place for the first time (we even showed them the roof deck, although it was hardly impressive when everything - including us - was soaking wet!), and I think they liked it. It was nice to see them again - it'd been a month, although I barely noticed the time flying by, to be honest!

Dan, Barb, and I spent the afternoon cooking a really delicious meat sauce (which included running around the North End buying the needed ingredients, which is always fun). Then that evening we went to see Domino, which was all right, I guess. Nothing to write home about, and towards the end I was just itching for it to be over (not sure why - guess I wasn't waiting to find anything else out?), but it was a good time. But we were all exhausted by the time we got home, so we went to bed pretty early.

Sunday morning, Dan and I had made plans to go get dim sum with the people from our self-defense dojo, but Barb was feeling really sick (turns out she has strep throat - eep!), so she wanted to get on the early bus home. This unfortunately meant we wouldn't be able to make it to dim sum, so I saw Barb off and then came home to find Danny baking the eggplant parm that we were supposed to have made the night before - so we had a nice, quiet lunch together. Topped off with gummy worms & candy raspberries. Yum!

Our shower is still broken (long story, but it's been broken since Friday, I think), so we had to shower at my sister's house, which was annoying, but not terribly inconvenient, since thankfully she lives so nearby! And, she wasn't home, so we could go over whenever we needed to. Still, I can't wait for our shower to be fixed, gah! I keep calling the manager, and nothing is getting done...I want to be able to shower in my own apartment, goddammit!

I am writing too much, so I'll make the rest of it as short as I can: Sunday afternoon we got an out-of-the-blue call from Amber, saying she, Danica, and a few others were going to be in town to go to Tealuxe for her friend's birthday!! Yay! So we all met up and enjoyed some great food & drinks - I had the caramel creme brulee (I need accents there, I know) tea, which was amazing.

Then they all had to head home, and Dan & I headed over to the Paradise Lounge to meet up with Hrithik & Kirsten and see a duo called Ryanhood play (I had never heard of them, but Hrithik liked them). Dan really dug the Julian Velard set that followed them. We bought his CD, and got a free one from Ryanhood. So, all in all, a successful night! :)

And a pretty good, if very long (and yet way too short), weekend.

All right, I really have to get back to work - it's time to test the install program I created this morning (ack)! Wish me luck that! xoxo